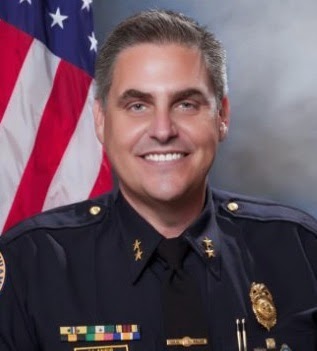 After 27 years contributing to public service, St. Thomas University alumnus Rodolfo (Rudy) Llanes was chosen to lead the City of Miami’s high-profile, 1,150-member Police Department this month. Llanes, 48, came to Miami from Cuba on one of the Freedom Flights in 1970 and became an officer in 1987. His track record includes numerous high-responsibility positions and promotions. His promotion to Chief of Police comes at a critical time as there is a national focus on police-involved deaths, shootings, and excessive force.
Llanes’ highly ethical and professional standards are rooted in our University’s values:  integrity, ethics, social justice, and the pursuit of leadership. “We’ve all lost that feeling of nobility of what it means to be a police officer,” Llanes said at the press conference announcing his promotion. “That affects everyone, the community and the workforce too. So we’re going to bring that back.”

Chief Llanes is an STU “double alum.” He graduated from St. Thomas University with a BA in Organizational Leadershipin 2006 and obtained a Master in Professional Studies in 2014.