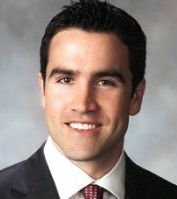 St. Thomas Law graduate and maritime attorney, Michael Winkleman, of the firm Lipcon, Margulies, Alsina & Winkleman has won a multi-million dollar settlement for his client in an asbestos case against Carnival Cruise Lines.

The case centered around the death of a cruise worker who worked as an electrician for the cruise line from 1985 to 2000. The worker developed lung cancer in 2001 and subsequently lost his life in 2005. The plaintiff’s family filed a suit following his death claiming that he developed cancer as a result of his daily exposure to asbestos in the engine rooms aboard the ship.

This is reportedly the first time that an asbestos case against a cruise line has gone to trial and, after a trial that lasted nine days, the jury awarded the plaintiffs a final settlement of $3.6 million.

Commenting on the case, Mr. Winkleman stated that he was “ecstatic to finally get the merits in front of a jury and for the jury to do the right thing.”