STU Athletes Give Back to the Community

As Champions of Character, the Bobcats give back to their community through a variety of service projects. Below is a sampling of some of the most recent work in the South Florida community by Bobcat student-athletes and coaches.

ONE MILLION MEALS: St. Thomas University student-athletes from both the Women’s Basketball and Women’s Soccer programs, were amongst 4,000 volunteers who helped pack and deliver one million meals for Feeding South Florida in a partnership with the Miami Dolphins and the AARP Foundation on September 22 at Sun Life Stadium. To understand the magnitude of the project, one million meals represents 150,000 pounds of food packed in 4,630 boxes with 36 bags per box and six meals per bag (33 pounds per box). The food was prepared and boxed in a large tent in the parking lot at Sun Life Stadium. After registering, volunteers, including the Bobcat student-athletes, went through a five-minute orientation before entering the large tent, where 100 tables were set up where assembly lines were set up as fortified rice and bean dinners were prepared, bagged and boxed. The meals were then sent out for delivery to disadvantaged older adults throughout South Florida. In addition to the student-athletes from Women’s Basketball and Women’s Soccer, Head Women’s Basketball Coach Albrey Grimsley, Head Women’s Soccer Coach Michelle Smith,and Director of Athletics Laura Courtley-Todd volunteered at the event.

MIRAMAR ISLES PARK REHAB: Over 40 St. Thomas University student-athletes spent their Saturday giving back to the community in an all-encompassing rehabilitation and enhancement of Miramar Isles Park in Miramar, Fla. The event was organized by former New Orleans Saints player Ray Shipman’s ChampionShips Foundation. The project was part of STU’s continued commitment to the NAIA Champions of Character program. Student athletes from Men’s Basketball, Men’s and Women’s Tennis, Men’s and Women’s Cross Country, Softball and Cheerleading participated in the event. The Bobcats worked on park enhancements ranging from landscaping to repairing basketball nets to painting.

WOMEN’S HOOPS MENTORS YOUTH: The St. Thomas University women’s basketball team mentored dozens of young students at the MVP (Mentoring Valuable Proteges) Bask to School Health and Wellness event held on Saturday, September 6 at the Fernandez Family Center for Leadership and Wellness. The Bobcats hosted the program for area youth on their home court where parents and students were presented with classes on exercise, nutrition and sports instruction.

GLADES MIDDLE SCHOOL CAREER DAY: On October 29, St. Thomas University Head Men’s Basketball Coach Patrick Gayle and Head Women’s Basketball Coach Albrey Grimsley spent Wednesday speaking to students at Glades Middle School in Miramar, Fla. as part of the school’s annual career day. The two coaches spoke to the students about their careers in the coaching profession while also providing life lessons and communicating the NAIA’s Champions of Character program. Gayle and Grimsley stressed the five core values of integrity, respect, responsibility, sportsmanship and servant leadership to the Glades Middle students as essential to having a career in sports. 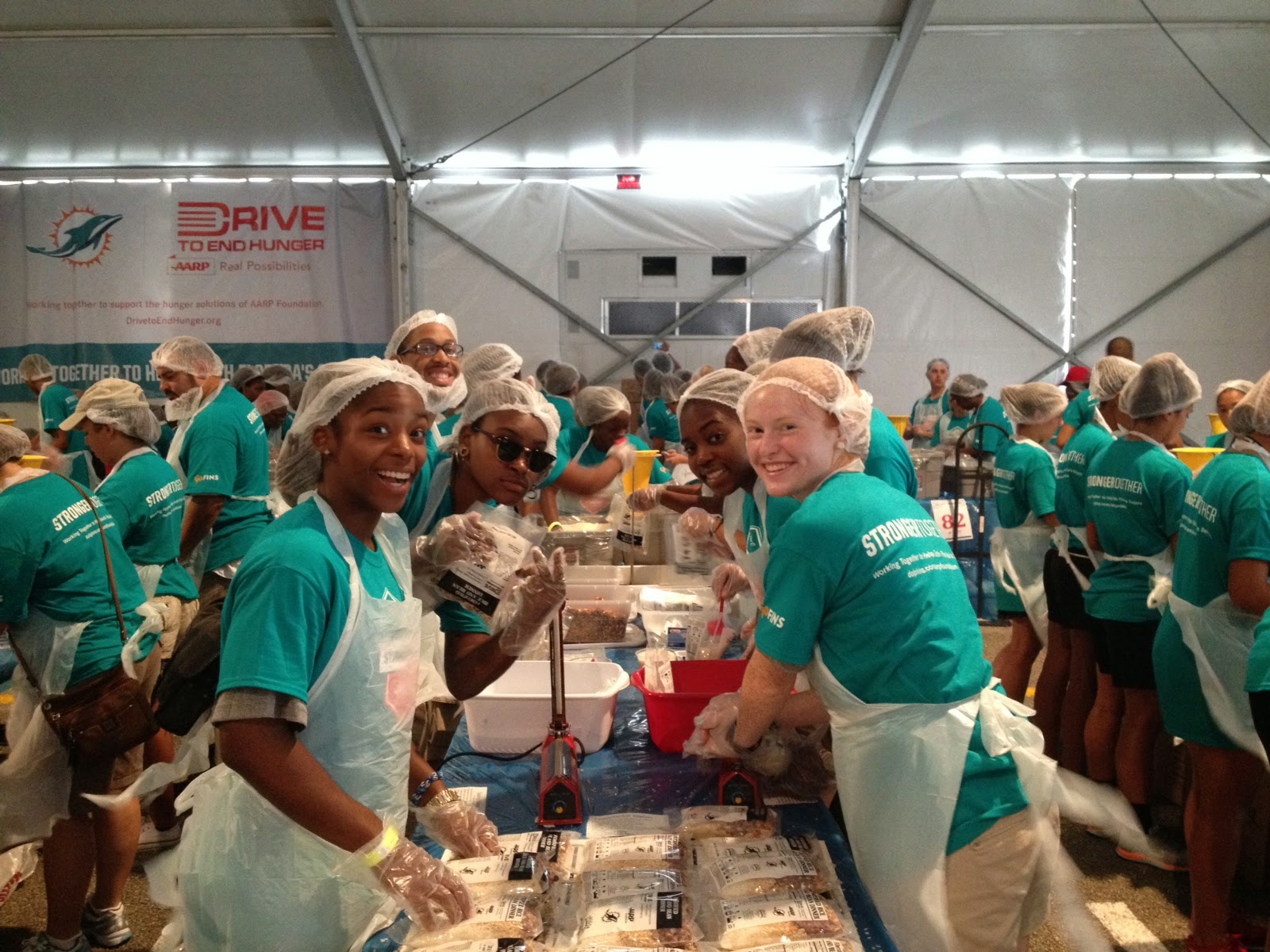 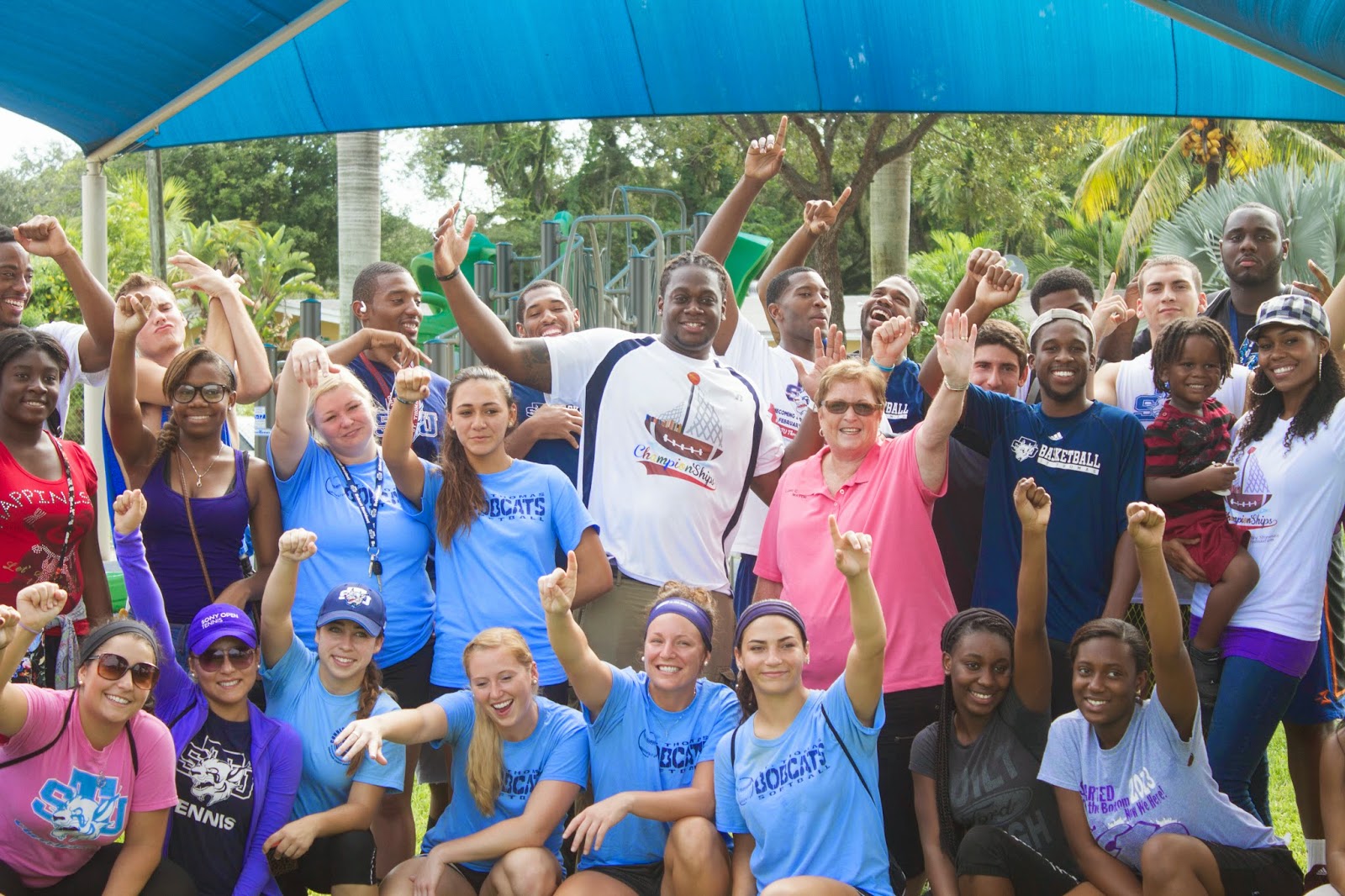 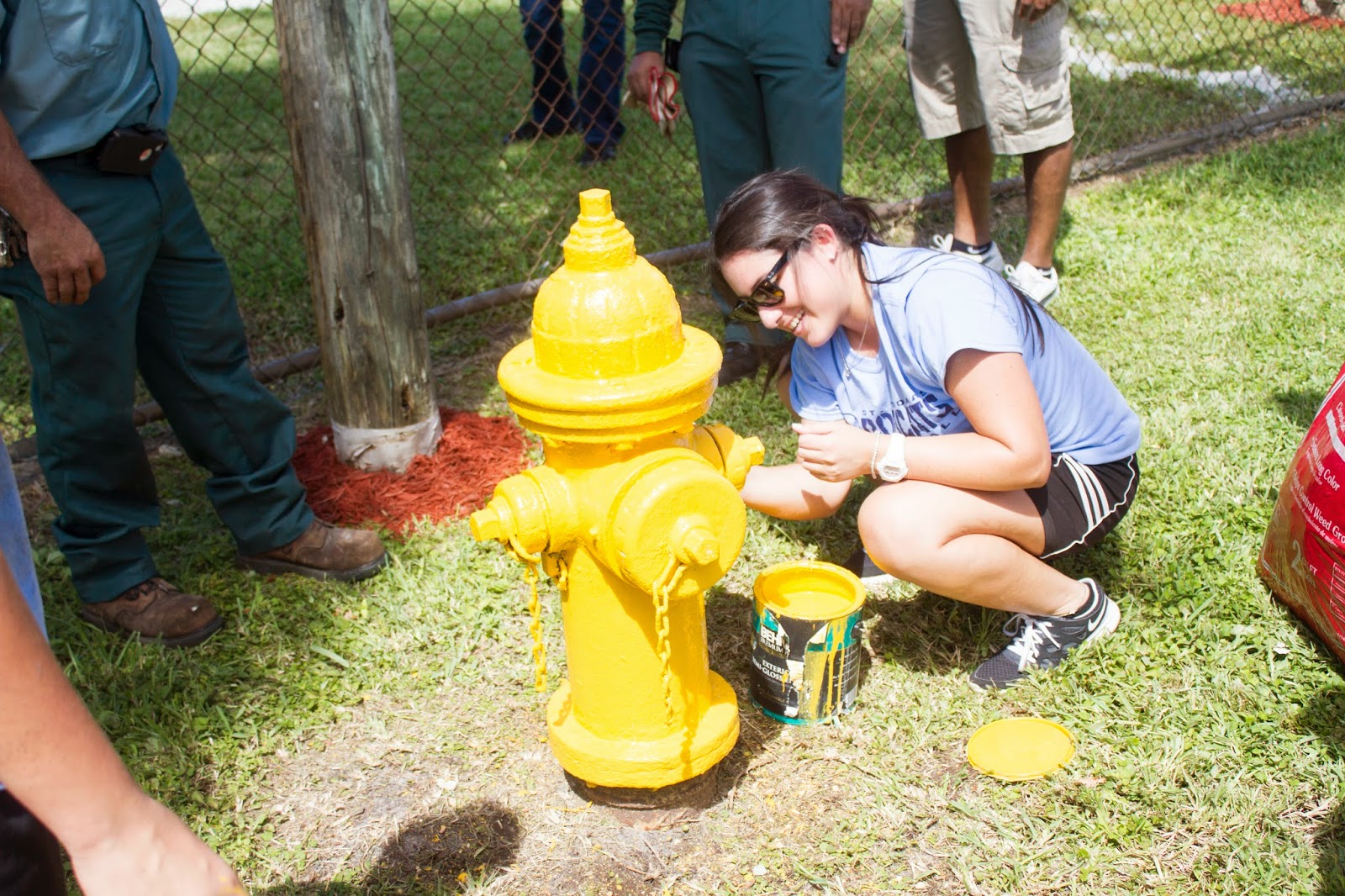