STU Campus Ministry Moving Up in the U.S.! 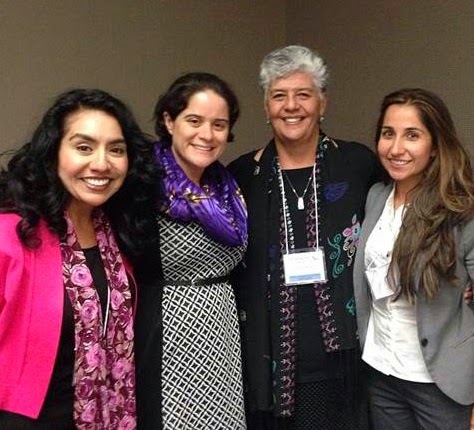 Claudia H. Herrera, PhD Candidate in Practical Theology at the School of Theology and Ministry and new Director of Campus Ministry at STU, presented a paper at the Association of Catholic Hispanic Theologians of the United States this past June 2nd at San Diego California. Claudia’s presentation was about her research on Religious Identity of Catholic College women from Latin American descent in South Florida, presentation that was part of an interdisciplinary panel organized in conjunction with other recognized Latina scholars from U.S and titled: “Engendering Religious Identity: Marianismo, Catholic Role Models, and Sexuality.”
As a result of her presentation and research with Latino/a Young Adults in pastoral setting, Claudia has been contacted by the Office of Young Adult Ministry and Religious Education from the Archdiocese of Los Angeles, as a potential guest speaker at the “Religious Education Congress 2015” which will be held in Spring of 2015 at the Archdiocese of Los Angeles, California, and also as a visitor/one weekend instructor in the Archdiocese of Los Angeles in the Fall of 2015.