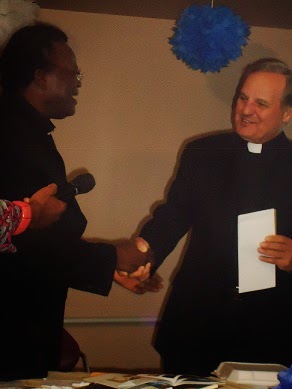 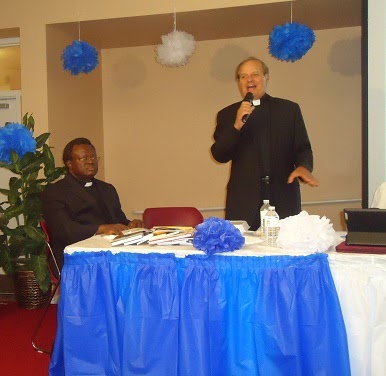 St. Thomas University recently hosted the International Convention on Achieving World Peace, a gathering of religious and academic leaders who are propelling a peace model that is making its way around the globe. Following the morning panels, led by international faculty scholars, Our University President, Monsignor Franklyn M. Casale, presented a plaque to Rev. Edeh, who heads the Centre for Peace, Justice and Reconciliation, in recognition of the continuous efforts taken by his Centre to promote peaceful dialogues in the African nations and the world. Rev. Edeh awarded a most generous grant to the University to continue its Catholic-focused missions and programs that promote ministries.

The pillar behind the Centre’s mission is the Very Rev. Fr. Emmanuel Mathew Paul Edeh, C.S. Sp.; OFR, who founded the Centre in Africa. His priestly foundation led him to academia, articulating and formulating the Mmadi philosophy, which gave way to a school of thought known as Edeh’s philosophy of Thought and Action. The main thought behind it is the “good that is” –our duty to recognize the good in others, reciprocating God’s love to us by providing for and sustaining our neighbor. The Mmadi philosophy serves as the pillar for Rev. Edeh’s initiative, now adopted by universities worldwide as well as governmental and non-governmental institutions. Rev. Edeh conceived the Madonna International Charity Peace Award Foundation.